Gil Watson grew up in a woodcarving family as his parents had a woodcarving school in South Africa and his mother wrote a book on the art of woodcarving.  By age 15 Gil was already winning awards for painting and sculpting around the country and his work often appeared on national television.  Gil then traveled to Europe to study the rich art culture and to incorporate different styles in his own art work.  Upon moving back to South Africa Gil opened his own woodcarving business. His products were shipped nationwide as well as to Australia, Europe and the United States.  His commissions included carving Corgi’s for the Royal family, carving front doors for the prestigious Kruger National Park as well as carvings for large corporations. In 1991 Gil came moved to the United Sates.  He attended many art shows where he won many first place and best of show ribbons. 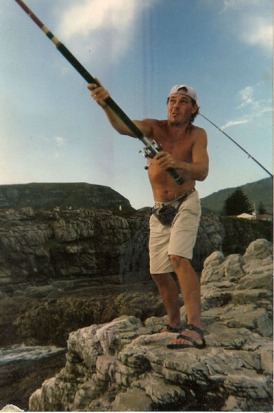 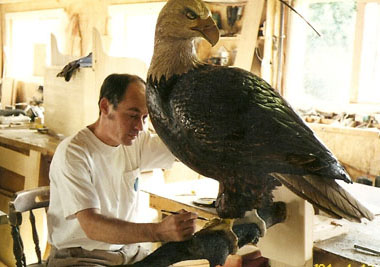 Gil owned and operated an art gallery in Buena Vista, Colorado.  The business was been extremely successful with clients all over the United States, including clients such as “Warner Bros.”, Clint Eastwood, Michael Martin Murphey, Dan Quayle and bull rider Steve Lance.   He was selected as the Artist-in-Residence at the Rocky Mountain National Park by the Dept. of the Interior.  Gil worked in Northern California where he produced unique furniture of various styles from classical to the lodge look.  He was commissioned to do art work for news anchor Dana King, ex-Raider Linden King and Gallo wineries.
In 2013 Gil relocated back to Florida to focus on marine inspirited painting and sculpture.  He owns and operates Watson’s Art Gallery & Studio in Homosassa, FL. This is also the home of Watson’s 3D System showcasing the many different 3D products, a training center for his art instructors and creating the many new products.

If you love to paint or just want to try it out join our fun Watsons 3D paint classes.  For more info on these classes go to watsons3d.com

Due to covid we do not have paint or woodcarving lessons. We will announce when they resume. 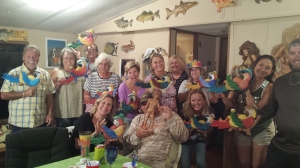